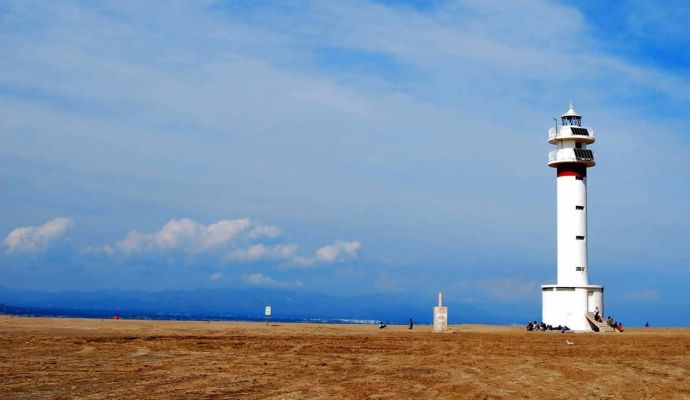 The Ebro Delta is the largest wetland in the land of Catalonia. With its 320 km2, is the largest aquatic habitat of the western Mediterranean after the Camargue (French Regional Park), and the second Spanish state after the Doñana National Park.

The considerable biological role of the Ebro Delta contrasts with the deep anthropogenic impact on a larger part of its surface, carried out mostly in the form of agricultural development and industrial and residential construction. The harmony between natural values and exploitation by man has never been easy.

The Ebro Delta Natural Park covers an area of ​​7,736 ha, of which 3,979 correspond to the district of Montsia (the right hemi-delta) and 3,757 to the Baix Ebre (the left hemi-delta). It comprises the lagoons of Las Olles, the Canal Vell (“The Old Canal”), the Garxal, the Alfacada, the Platjola de la Tancada and Encanyissada, the Buddha, Sant Antonio and Sapinya islets, the peninsulas of the Punta de la Banya (the Alfacs) and of the Fangar, the Ullals de Baltasar and Erms of Casablanca.

The landscape of the Ebro Delta exudes a strong personality that makes it unique in Catalonia. Its completely flat lands give it a peculiar appearance. In the interior part of the Delta, besides the typical cultivation of garden crops and fruit trees, spacious and large areas of rice fields, changing with the seasons (earthy in the winter, flooded with the spring water, and green and undulating in the summer) have a special beauty.

On the side of the coast one of the most attractive lake landscapes of the Mediterranean zone presents itself, in the form of large ponds surrounded by reeds and rushes. On the periphery, large areas of saline lands with glasswort and sea rush vegetation, and also the long, deserted sandy beaches with dunes topped with marram grass and other vegetation samples well suited to such an environment can be found.

The natural park modality seems to be the most appropriate, as it effectively helps to reconcile a determined preservationist action with the maintenance and improvement of the protected area orderly economic exploitation, thus fostering a contact between man and nature through boosting the knowledge of the area’s values and attractions, within an approach that many international experiences have shown feasible. 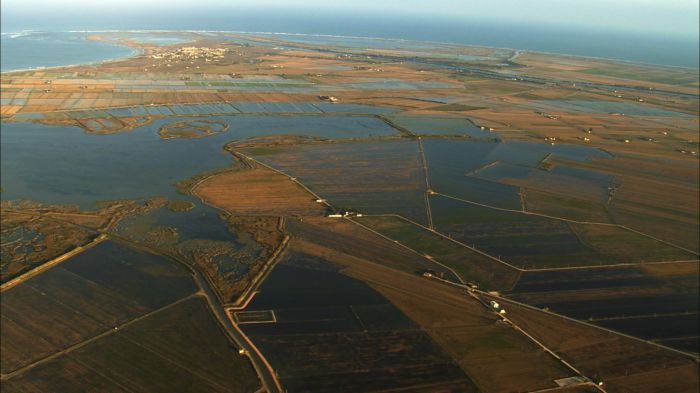 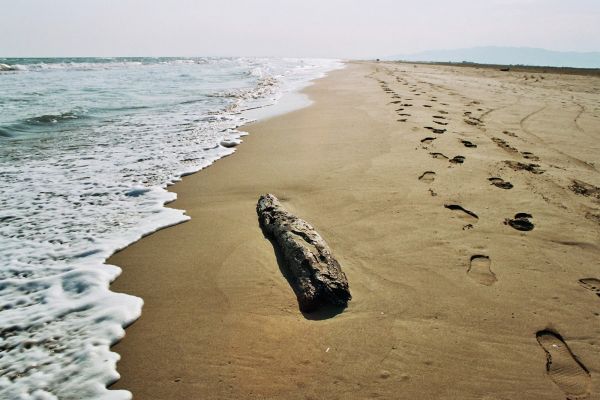