Rent of apartments, places of interest in the Ebro Delta and Riumar. 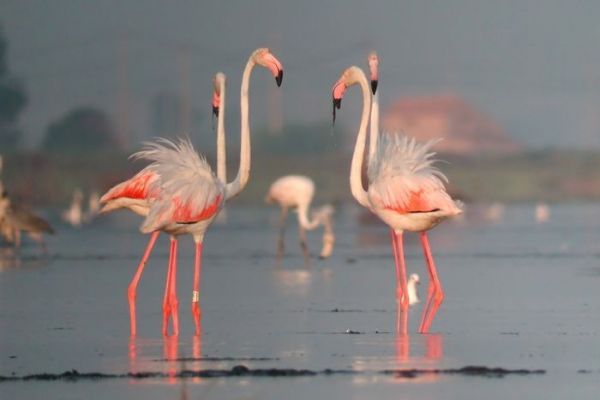 Riumar's surroundings, in the delta of the Ebro, are ideal to do agreeable walks during the day. Enjoyment of the routes guided by ship up to the river mouth of the river Ebro, rent a boat to engine and discover the captivations of the river Mitjorn and Buda's Island.

A tourist who stay with us canalso expect a variety of activities, such as dusk fishing, riding a quad bike or a bicycle, as well as walking through the paths which will allow you to appreciate in a quieter way the native and so special vegetation of the Ebro Delta, the elegance of flamingoes, to see the formation flight of green-necked wild ducks and countless water birds.

Riumar offers you various itineraries for mountain biking, miles of deserted beaches with dunes in the Punta del Fangal, or rocky beaches on the shore of the town of L’Ampolla.
In short, everything you want to find for you and your family during your vacation.

Go by car or bike to the “La playa de la Marquesa” (“the Beach of the Marchioness”), from there take a dirt road which will take you to one of the most magnificent and extensive parts of the Delta.
From the road you will see in the distance a white elevation in the water. It is a mirage, caused by heat. Then you will reach the Fangar Lighthouse that is well established on the mainland.
Before returning to Riumar, do not miss to visit the “Tip”. That's the end of the day before returning to your apartment.

Ahead of us, when we are lying on our Riumar beach, we can find it. Sunbathing on the clean and fine sand we can see in the distance a red and rocky strip. That’s the coast of L' Ampolla, where the familiar small bay of Cap Roig with its soft and transparent waters is located. We can spend a day on it, snorkeling and seeing a variety of fish near the rocks just 2 meters deep.

They constitute a mountain range of 30,000 ha of a nature reserve where what immediately strikes the eye is the contrast between the huge rock formations, vast forest areas and small cultivated fields in the valleys. Beceite “Ports” are home to the mountain goat (ibex), the golden eagle, the Bonelli's eagle, eagle owls and griffon vultures among others. Here is also situated the highest peak of the La Costa Daurada (the “Golden Coast”): Mont Caro (1441 m).

Poble Nou del Delta was originally set up as Villafranco del Delta, by the National Institute of Colonization of the maritime area, during the Franco government in 1957.

It is composed of approximately a hundred detached (one-family) houses of rural type, inhabited by about 250 people, with good sanitation and services and cheerful streets lined up with leafy palms. The town gets its income from agriculture, fisheries and an emerging tourism.

When it arrives, you can feel the silence and calm that its magnificence produces. You can take a stroll along its entire periphery through the marked paths.
The reed beds of L’Encanyissada give shelter to the best breeding colonies of heron around the Ebro Delta (the little egret, the cattle egret, the purple heron, the squacco heron).
In this area we find a very interesting “salobrar” (a salty wetland), together with a marshy area grazed by bulls.

The Punta de la Banya is a Partial Nature Reserve. Its environment is very interesting. The Alfacs Bay hosts a large number of aquatic and marine birds during the winter.
The Trabucador (the “Blunderbuss”), being currently a very man-transformed area, is however a good place for bird watching both in the direction of the open sea and the inner one. It is even more interesting to see the “las salinas” (salt pans) still operating where you can observe the “cubetes” (salt evaporation ponds) full of seabirds, waders and flamingoes nearly the whole year round. 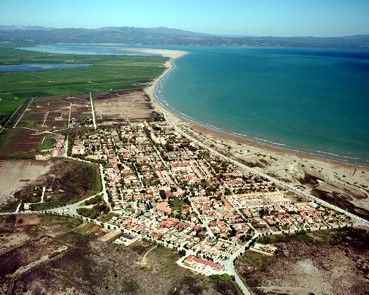 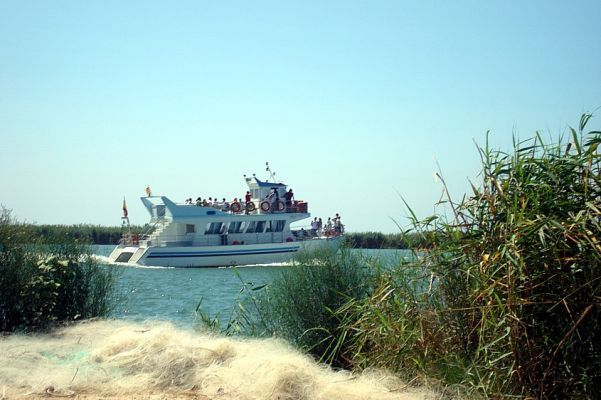 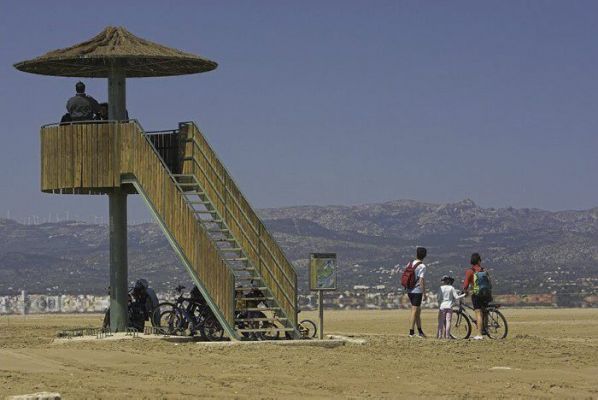 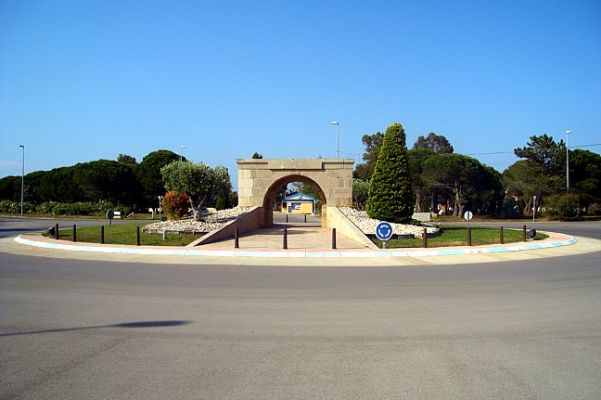